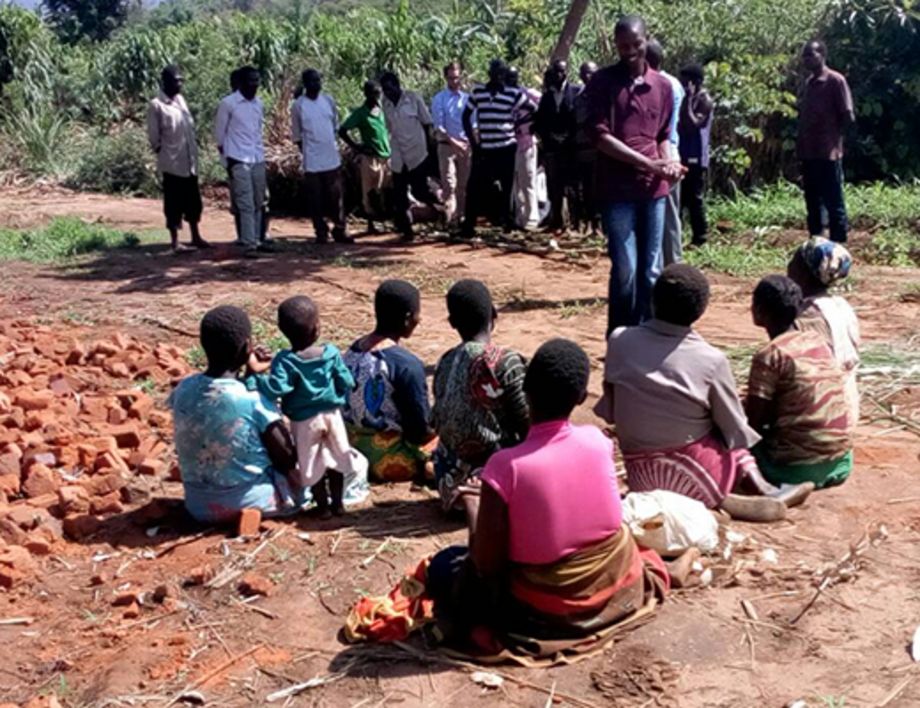 In the second phase of the research project "How to ensure that public works programmes achieve what they promise?", the research team headed by Prof. Dr. Michael Grimm empirically examines the effects of past and present public works activities. The aim is to integrate the findings directly into the programme design in order to enhance their efficiency. The researchers focus on the social protection effects of such programmes and the dynamics of the creation and maintenance of public works infrastructure over time, including the effects of the presence of public works on the mobilisation of rural communities (e.g., in terms of contributing voluntary unpaid labour for community projects).

Public works programmes are popular among governments and donors alike. Their specific appeal has to do with the fact that they are assumed not only to offer direct welfare benefits to the workers on those programmes through employment creation but also to have a range of other outcomes with the potential to contribute to both household productivity and broader economic growth, without raising concerns regarding dependency and fiscal un-sustainability that cash-transfer-based social protection provokes.

Public works programmes are expected to yield these positive impacts through three main vectors: first, through the wage that is paid (either in cash or in kind) for working on a public works site which, depending on the employment duration and predictability may have a more or less significant insurance function; second through the assets created; and third, through skills conveyed (either through on-the-job experience or through specific training components). Based on such expectations, public works programmes were being implemented in 65 developing countries in 2014, 30 thereof in low income countries, according to the World Bank's "The State of Social Safety Nets 2015" report.

Under the term "public works programme", a wide range of interventions are lumped together that differ in their more specific objectives, their design and implementation contexts. On the one hand, they are implemented as short-term humanitarian interventions, for example, in (post-) conflict settings. The most recent prominent example is the large-scale Cash for Work initiative in Syria's neighbourhood that is funded by the German Government. On the other hand, public works programmes are also implemented as medium- to long-term instruments in contexts of wide-spread chronic poverty, e.g., in Sub-Saharan Africa.

Given their continued popularity among donors and governments one might expect that the available evidence empirically substantiates the intuitive appeal of public works programmes. Unfortunately, the empirical reality check is sobering as a systematic review conducted by the research team during the first project phase has highlighted. They have been rarely rigorously studied and the limited evidence that exists is quite heterogeneous. The overall conclusion is not that PWPs are per se ineffective, but rather that there is some evidence that they can be effective although often they are not. Given these findings and to make sure that the substantial amount of public money that is spent on public works programmes is spent well, it is high time to learn more about what works best when, where, how and why. This is precisely what the research project "How to ensure that public works programmes achieve what they promise?" sets out to do.

The project was funded in the first phase by GIZ. The German Federal Ministry for Economic Cooperation and Development (BMZ) has approved funding for the second phase. The research is undertaken by Prof. Michael Grimm and Stefan Beierl. The field work will take place primarily in Malawi where they cooperate with the local staff of the GIZ Social Protection Programme, district officers and government extension workers.

The concrete research contributions of the project will be as follows. During the first phase, stock of what is known at this point based on rigorous (quasi-)experimental evidence was taken systematically, with a particular focus on Sub-Saharan Africa and the MENA region. Building on the identified evidence and knowledge gaps the project addresses three specific issues in the second project phase using Malawi as a study case. Firstly, by evaluating an ongoing pilot project of the Social Protection Programme in Malawi implemented by GIZ, it is analysed whether and how the impacts of public works programmes can be enhanced when strong focus is placed on developing the capacity at all levels to implement an integrated catchment management approach. Secondly, the added value of constructing small irrigation schemes through public works is assessed by comparing their medium to long term performance to similar schemes where farmers were not paid for their labour contributions during the scheme construction. Thirdly, in contrast to most of the existing studies (which are mainly concerned with short-term effects), the medium-term effects of public works are investigated by analysing panel data from Malawi that became recently available.

More information about this project and the previous one

Systematic Review of the impacts of public works programmes (written during the first phase of the Cash for Work project).

Review of the design and implementation factors that explain when a public works programmes can be successful (also written during the first phase of the Cash for Work project).

Do Public Works Programmes Work? A systematic review of the evidence from programmes in low and lower-middle income countries in Africa and the MENA region | Policy Brief